Mondial is a small, independent book publisher based in New York City, USA. We publish unusual books (fiction and non-fiction, in English, Esperanto, and other languages).

Do you speak Esperanto? Please visit our Esperanto books department...

Fiction and Non-Fiction
Not Only in English...

Articles by rabbis, mental health professionals and scholars on extreme standards of sexual modesty and gender separation in the haredi, Gur Hasidim and Neturei Karta communities, and on the issue of homosexuality and judaism.
Read more!

Linguistic Essays: In his publications, Blanke gives an overview of the history of language creation. He describes the most important planned language systems and presents various systems of classification. A special focus is put on Esperanto initiated by L.L. Zamenhof in 1887.
Read more!

Textbook: A Comprehensive Course Book for English-speaking Learners of Tetum. Each lesson consists of a dialogue, followed by essential vocabulary, grammatical or conversational notes, and exercises. With a concise phrasebook and a two-way dictionary.
Read more!

A Historical Novel: Snatched from her peaceful homestead in Celtic Britain, Bivana is transported to the legendary city of Rome. Struggling to come to terms with the loss of everyone and everything she has ever known, she slowly adapts to a life of slavery and to the alien culture which surrounds her.
Read more!

A Novel: In the1930's in Brazil, a non-practicing Jew nicknamed "Prophet" moves to the small town of Pedras at the Uruguay River. Family, friends, and his optimism help him become one of Pedras' most respected citizens, until one day bandits show up...
Read more!

A Novel: On a midwestern farm in the last century, a boy is forced to come of age in a colorful family of dysfunctional women, scarred by the unfulfilled dreams of his alcoholic mother, his strange spinster aunts, his malevolent nieces, and "the prettiest girls in Euphoria, Kansas," his five unforgettable sisters.
Read more!

Jesus' death - "triumph of a glorious illusion". His "resurrection" - a plot by Kaiaphas gone wrong.

This novel, based on a large amount of research, seeks to explore Jesus' actual life before he became an object of deification and falsification.
Read more!

Domestic Violence: "My former husband, a Lutheran pastor, evolved from belittling comments to threatening to kill me in less than a year." One woman's powerful journey into a marriage paralyzed by the grip of domestic violence - and back again to a life of hope and wholeness.
Read more!

A Novel: If you want to know where the brothers Paul and George Soros got their business skills, look no further than this little adventure story told by their father: Tivadar Soros tells how he and his companions broke out of their Siberian prisoner-of-war camp at the time of the Russian Revolution...
Read more!

Carl Van Vechten as Music Critic for the New York Times. He was first to offer serious assessments of the music of Stravinsky, Satie, Gershwin, and the operas of Richard Strauss. Selected reviews/texts, edited and with a Preface by Bruce Kellner.
Read more!

A Novel: Once described as "the most devastating exposé of the American theatre as an institution imaginable," "The Great Bordello" provides a deeper understanding of the human desire to accomplish something of enduring value amidst commercial success and ruthless realities of life.
Read more!

A Novel: A delicate portrayal of a sensitive boy's devoted affection for an older boy—a very touching story of a tender and self-forgetful character. Howard Overing Sturgis (1855-1920), an intimate friend of Henry James, wrote only three novels: "All That Was Possible," "Tim," and "Belchamber."
Read more!

A Novel: Neglected for over forty years, this moving novel has been republished in a more tolerant climate: A love affair in Rome between a middle-aged American and a much younger Italian. "Two People": two cultures; two individuals.
Read more!

A Novel: Welcome to one of Carl Van Vechten's most intriguing novels. First published in 1925, Firecrackers centers around Paul Moody, a man who finds his life utterly tedious and uneventful in New York City. However, that is until he encounters the mysterious, yet exuberant, Gunnar O'Grady.
Read more!

Biography: Zamenhof was a child of his times, eager to find solutions to social ills, but alive to new ways of thinking that accompanied this change. Seeking to solve the specific problems of his own day, he created a language equally well suited to addressing those of ours.
Read more! 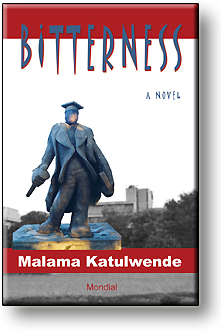 Julius Chongo Award 2006 for Best Creative Writing: Tribal and social affiliations and the student riots at the University of Zambia, in a captivating and intelligent story about love, political involvement and individual responsibilities.

This outstanding work of scholarly reference charts the evolution of the original literature of Esperanto, from its humble beginnings in 1887 to its worldwide use in every literary genre in the present day. The work is a revelation for students of comparative and world literature. (Hardcover, jacket, 9" x 6")
Read more!

The first 35 years of the history of Esperanto seen from the vantage point of The New York Times — a look back at the beginnings of the Esperanto movement in the US and beyond, opening a window into contemporaneous accounts on the pages of a world-renowned newspaper.
Read more!

Concise yet comprehensive dictionary, with coverage of all the words you need, including many technical terms. Contains both Esperanto–English and English–Esperanto sections, with a total of over 30,000 entries. With a grammatical introduction.
Read more! 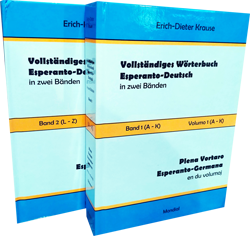